You are here : Home / Pages / About Bret 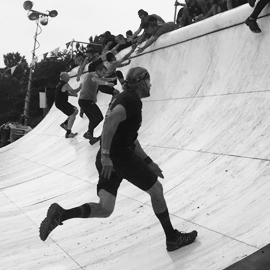 Entrepreneur and inventor, Bret is co-founder of ICE Factor. Since its conception in 2007, Bret has been the driving force behind the new and innovative services and technologies that have set ICE Factor ahead of the competition.

In 1995, while still in high school, Bret found he had a talent for inventing. He was asked to participate in a competition hosted by Duracell to invent something that ran off of batteries, only. Bret invented the kite winder, a device he created to electronically wind-up kite string. Out of over 800 nationwide participants he placed in the top 5.

Bret studied architecture and engineering at The University of Illinois at Chicago. His love for tinkering and inventing lead to a passion for creating new ideas that could be utilized in the marketing world. Most of his time is spent working on new ideas and tapping into the company budget to fund his “creative thought process”.

When Bret isn’t consumed by ICE Factor, he spends his time with his wife and new baby. If you asked him what his best invention has been to date, he will proudly tell you his kids.

I love tinkering and building.

I love to travel.